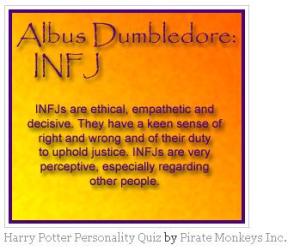 I took a more elaborate version of the the above test (known as Myers & Briggs) when I was a manager, maybe 10 years ago. At the time I was designated a borderline INTJ. That was good news at the time because most software developers fall into that category. The examiner told me that by being “borderline” I might actually fall into another category. He said that the reason I am borderline might be because I’m supressing part of my nature. God, did he ever read me like a book!

INTJ means you are Introverted, iNtuition, Thinking and Judging. INFJ means the same thing, except instead of being Thinking I’m more Feeling. Check it out at TypeLogic.

The part of my nature I suppressed the entire time I was in management was my femininity. Early in my career, I was given advice by another woman in software, she said, “Leave your femininity at the door.” The idea was if you are going to be in software, you are going to have to be one of the guys. At the time, over 80% of the people in software were men, and it was hard to be taken serious by a pack of guys unless you were one of them.

I'm an avatar from Second Life and gamer on Xbox. I'm also the author of The Temporal Expeditions sci-fi novel series.
View all posts by Yordie →
This entry was posted in Blogging. Bookmark the permalink.