The Woods Are Lovely…

Anyway, last night, Leanna and I hooked up at my garden. Except for a few minutes here and there, I haven’t seen LeLe in over a week. Most of my girlfriends are in relationships of one form or another, and Leanna has a boyfriend too but his schedule is such that he isn’t on when I’m on and that means she is free to run with me in the evenings. Running with LeLe is one of my favorite things in SL. And one of the best things is that we don’t need to plan anything, we just end up having fun whatever we do.

Last night, LeLe pulled out an LM to Chakryn a friend gave her and we headed off. What we found was a beautiful forest unlike any sim I’ve seen so far. Not only was there a forest, it had a mystery to be solved with secret clues and who knows whatelse. There’s even a prize if you gather all the clues. We didn’t really get into searching for the clues, but we did find a nice place to sit and chat. I plan to go there again soon and give the place a thorough exploration. 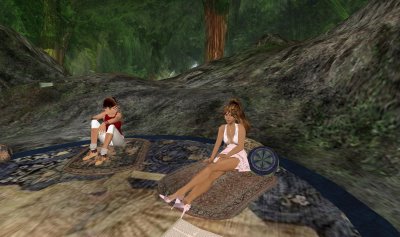 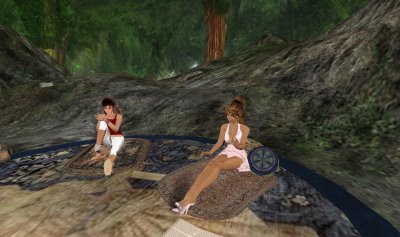 I'm an avatar from Second Life and gamer on Xbox. I'm also the author of The Temporal Expeditions sci-fi novel series.
View all posts by Yordie →
This entry was posted in Exploring. Bookmark the permalink.
%d bloggers like this: