Last week, I spent a little time online during the day and one morning I got an IM from long-time friend, Mafie Mower. Anyway, he’d just finished a new Secret Garden on Blag Island, so this led to that and I headed over there with him to check things out.

I always enjoy hanging out with Mafie because he is a very interesting man. For one thing, he invented the game, Blag! (below), which is similar to Balderdash, but only available in the UK. In fact, Blag Island will eventually be the home of the Second Life version of the game, if Hector ever finishes programming it. So, until the SL game is ready, the island is serving as a playground for Maf to build things, which brings us back to the garden. 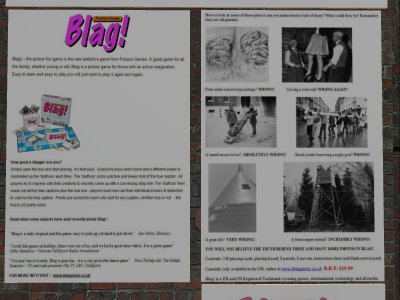 Mafie showed me some of the new features on the island and we chatted and goofed off. I even heard Maf’s RL voice for the first time. In the process of chatting we didn’t get around to seeing the garden because he had to leave prematurely (this happens a lot with Mafie). However, while he was showing me around, I had noticed a cute choo choo train and after he left, I went for a ride. After the ride I explored the island and eventually found the Secret Garden. I could post a picture of it, but then it wouldn’t be a secret. 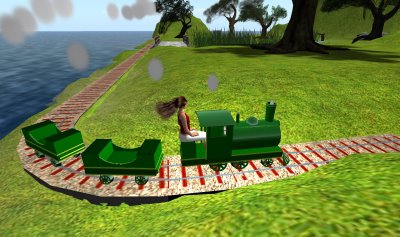 Spending time with Maf on his island was a relief from the stressors that had overwhelmed me lately. And seeing the work he’d done creating his garden reminded me how eacho of us creates our own joy in SL. I’ve said this before but it doesn’t hurt to say it again, I enjoy the friends I’ve made in SL and if it weren’t for those friends, I’m not sure I’d still be here.