Taylynn (aka Sheridan) and Storm (aka Dray) are two people who have been lovers for over a year in Second Life and they’ve known each other even longer. They are as lovely a couple as I know and their wedding makes sense on so many levels that I couldn’t be happier for them than I’d be for myself (hehe, if I could hold a man that long in the first place). On Saturday, Tay & Storm got married in an intimate ceremony at my Japanese Garden. All of the attendees where dressed in Japanese dress and I was thrilled to be Tay’s second bridesmaid. Following are some photos for the event. 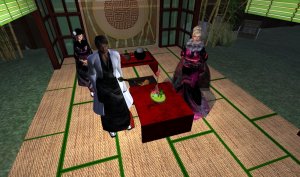 The tea ceremony before the wedding. 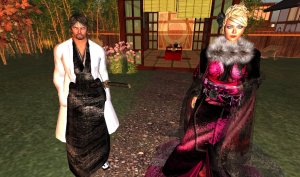 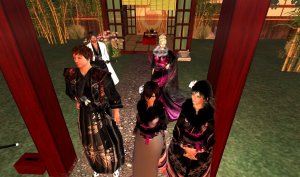 Gathering of the wedding party including Khras, Mul, Yordie, Storm and Tay. 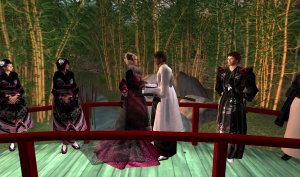 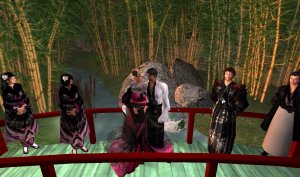 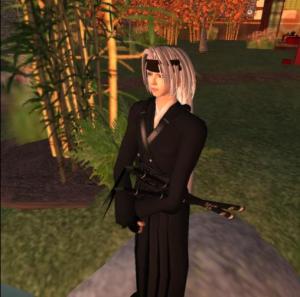 The couple were married by the wonderful Shadow Lexenstar. He did a beautiful job and in the remote chance that I’ll ever marry again here in SL, I’d like him to perform my ceremony.

If any couple deserves a happy everafter, it’s this couple. Hugzzz and kisses to you both!

I'm an avatar in Second Life and Xbox. I'm also the author of The Temporal Expeditions sci-fi novel series.
View all posts by Yordie →
This entry was posted in Blogging. Bookmark the permalink.
%d bloggers like this: