I named it about a year ago, but these oppressive feelings have happened to me on a regular basis since my early days in Second Life. I don’t know what causes it, but I become aware of it something like this: after a few days or maybe as long as a couple weeks I realize that I’m bored and adrift in my second life. And when I say bored I mean, not interested at all. So I named this syndrome, My Blue Period.

In the past, I’ve written about this and never really got any feedback that gave me a sense that others share this problem, but many bloggers seem to be writing about this experience from different points of view.

Well, my whole perspective on this boredom thing changed this morning when I opened a chat with a guy friend of mine. We chatted about this and that, catching up kind of stuff, and in passing I mentioned that I’m bored with SL again. His response was not what I expected, but it opened a door that I had not considered before. He said, “Yeah, that’s why I play Aion.” We chatted a bit more about the boredom thing, but my takeaway was that there are alternatives. 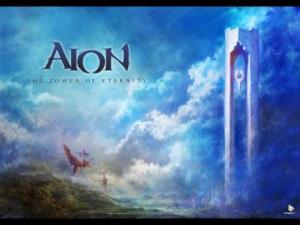 I don’t know much about Aion, but I did a little research and quickly a whole new realm opened.

Obviously, I could begin playing Aion or perhaps World of Warcraft or something else. And that is certainly something I’m looking at, but there are other possibilities.

The thought occurred to me that I could invent a role play game. Playing a different game when I get bored with SL is one thing, but inventing my own game within SL is another. And as fate would have it, my friends at Little Yoshiwara are currently looking into inventing role play scenarios, and this seems like a great direction to begin pursuing.

My entire career has been in software technology, imaging technology even, and that has put me into situations where I worked closely with a lot of guys who play video games a lot. And often, like every night, those guys would entice me to join them, mainly when they needed new players (“fresh meat”) to kill. And occasionally I did play, and I even had some great fun doing it. The guys liked me cause I would fight hard to keep from being killed. hehe My own video game preferences were more along the line of adventure games or role play games, but even those had a strong emphasis on shoot’em-up. I never played more than a few titles and during the dot-com aftermath, I stopped playing alltogether. 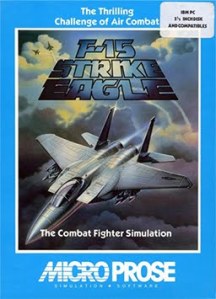 Oh yeah, I liked F-15 Strike Eagle because I got a thrill out of tooling around in a hot looking jet fighter and landing on aircraft carriers (btw, it’s really, really hard to land on an aircraft carrier), but even still you were bombing and shooting at things. Hmmm, maybe I’ll look into some SL aviation too.

Anyway, when I left the software industry a few years ago, I also pretty much abandoned video gaming. That is, I lost interest in those kinds of games because I’m really not into mauling things or killing things, or getting killed for that matter. Of course, all that changed when I discovered Second Life, but the problem with SL is this boredom thing.

Video games have changed a lot and as more role play scenarios are woven into the games, I’m thinking that this might be a way to change-up when my blue periods strike.

I'm a blogger and photographer on WordPress. I'm also author of the sci-fi novel The Temporal Expeditions, and am working on book 2 of a planned trilogy.
View all posts by Yordie →
This entry was posted in Blogging. Bookmark the permalink.

2 Responses to My Blue Period Reprised