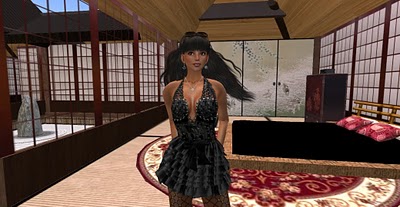 The Labor Day weekend was a three day weekend, but for me this past weekend surpassed that in length during the first two days. I’ve already written about my long Friday spent with Tak, but I also spent most of the day with him on Saturday. I did my normal hosting gig with The Miss Luci Show at the Junkyard, but Tak came in the second hour and we caught the Shasta Soulstar concert after the show. 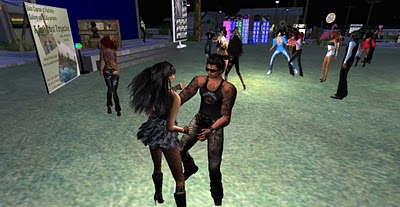 After the concert we began exploring role play again. My past experience with role play has been limited to my experiences as an apprentice geisha at Little Yoshiwara Okiya. So, I only understand role play at the most basic level. It’s funny tho, it was my role play in my Zen garden that first caught Tak’s attention when we first met. I used to wear my kimonos in the garden and greet people in the manner I’d been taught while I was in the okiya. And that role play was partly what attracted Tak to me and kept us friends even tho we both had separate lives. Anyway, on the previous night we’d taken a look at the Bloodlines vampire world, a major role play world. And last night we continued exploring, a journey that took us to an elven forest and Pandora Universe.

Here we are OOC (out of character) in an elven forest. 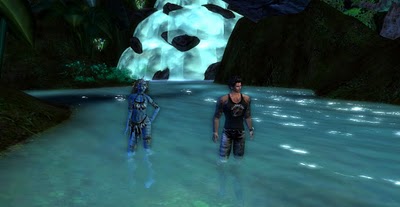 And here we are at Pandora. Yessie, that’s me in my na’vi gear.

It’s like this, I never really understood how elaborate role play can be in Second Life. Well, I never got it. It is like a vast realm has opened up for me. I definitely have areas of interest, but there are so many different themes. I’m naturally attracted to themes I am familiar with like, the world of geisha & samurai, the Elves from Lord of the Rings, and the conflict between humans and Na’vi in Avatar. I have no idea where this new fascination will take me, but I’m just full of curiosity and ready for change.

I'm an avatar in Second Life and Xbox. I'm also the author of The Temporal Expeditions sci-fi novel series.
View all posts by Yordie →
This entry was posted in Journal and tagged Avatar, Identity, Photography, Role Play, Romance & Sex, Second Life. Bookmark the permalink.
%d bloggers like this: