There are still many ingredients to include in the Second Life’s “secret sauce” recipe, but I believe there is a secret ingredient, an ingredient that is more important than all the others.

I think the secret ingredient is something mutable as the weather, without singular shape or form. Its something that would not exist without Linden Lab’s platform, but something the Lab can’t create by itself. It’s not something that will go away if the Lab doesn’t implement the latest, newest feature, but it is diminished by each defect that the Lab ignores. 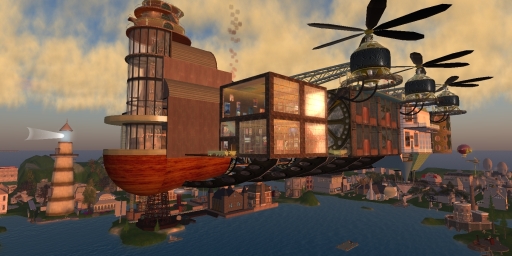 Sometimes the secret ingredient experience
begins with a massive, awesome symbol
of a new and wonderous world.

I believe the secret ingredient is experienced. 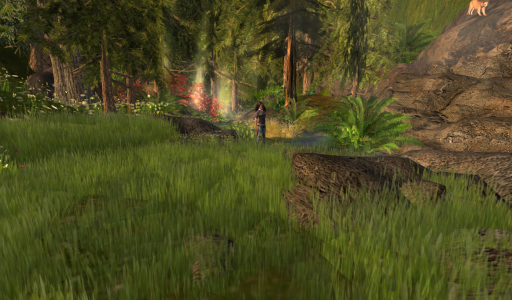 Some people get lost in the forest
looking for what Second Life is.

There’s one more thing, something very important. The secret ingredient is spoiled each time a component of the formula is lost, damaged or destroyed. And seeing as it is different for every single person, that makes the ingredient very fragile, despite how strong any person or group’s desire is to keep it alive.

The Paris sim group was over 20 sims.
It was an amazing Second Life experience
Sadly, all but two of the sims are gone now.

Ok? Are you thinking, will you please just get to it? /me giggles.

You didn’t really think I’d reveal it today, did you? /me blushes.

I have thought about this a long time. I’ve tried out many words like “magic” and other such things. I decided it can’t be a single word, that’s way too easy and too vague. To describe the secret ingredient in the “secret sauce” you need a single sentence: not a 500 word essay, not a paragraph, not an elevator speech, just a sentence.

I know I don’t have a lot of readers of this blog but I want to ask any Second Life resident who has an interest to complete the following sentence:

“When Second Life is at its best …”

I already have my sentence constructed. I promise not to change it. In my search for a way to describe this experience I recalled something I heard from an old movie, The Day of the Dolphin. It was so perfect I had to borrow it; know what that line is? I’ll make a simple post with my idea of the secret ingredient when I feel everyone who wants to express their idea has taken a shot, or by the end of this weekend. And btw, this is all just my humble opinion…

… as opposed to a Humble opinion (sorry Rodvik, couldn’t resist).

I'm an avatar from Second Life and gamer on Xbox. I'm also the author of The Temporal Expeditions sci-fi novel series.
View all posts by Yordie →
This entry was posted in Features and tagged Beautiful Regions, Linden Lab, Photography, Second Life. Bookmark the permalink.