Adventure to the Lost City 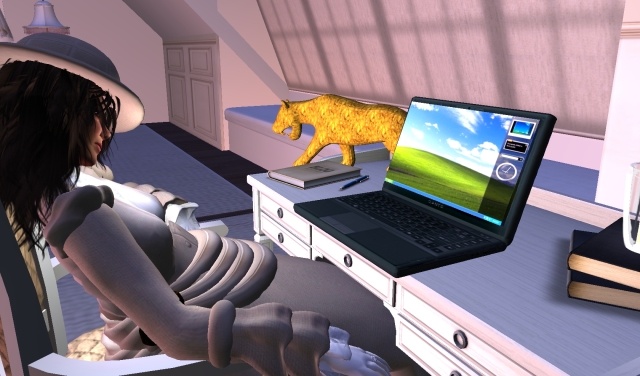 There I sat at my desk, safely at home, alone with my treasure.
Where would I begin to tell the tale of the adventure that
began as a simple expedition to an eery little sim far way?

After all the dramatics leading up to Halloween in Second Life, it passed quietly for me yesterday. But as it drew near I had gone on expeditions into new virtual worlds. This is what I want to document in my journal tonight.

The first expedition began as a simple visit with a fellow blogger, Pearl Grey. One of her posts caught my attention, it was about a story contest about a place called Bakerville. Much of my pre-Halloween activity was dominated by my human and her somewhat erratic life. I didn’t have time for a story contest or even my usual activities.

Anyway, Pearl had graciously agreed to getting together with me to explore Bakerville together. Pearl was just going to give me a quick tour Bakerville, but as we made our way through the mysteries of the ghost town, with its many secrets and dangers, I was feeling the call of adventure. Pearl, had already explored much of the town, so she was acting more as a tour guide, and I could tell I’d want to come back again and explore all of its delights and dangers. 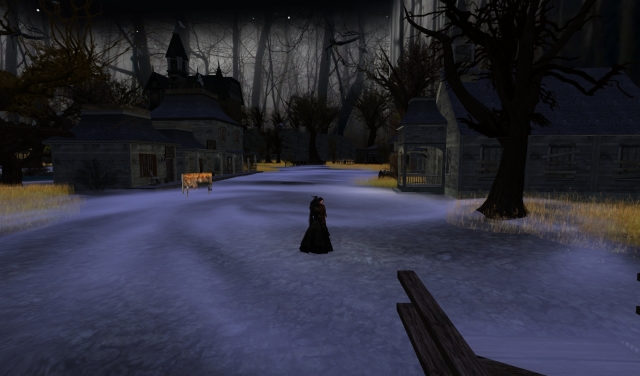 That’s Pearl and me standing in the center of what appears
to be a quiet town, but this is a story for another day.

When the tour was complete, I asked Pearl if she was in the mood for some more exploring and if she’d been to the Castle Graveyard at the Calas Galadhon sim group. Pearl had heard about the new region, but hadn’t been yet and was in the mood for more exploring too. So, without much more though, we headed over to the entrance to the ghoulish portal. 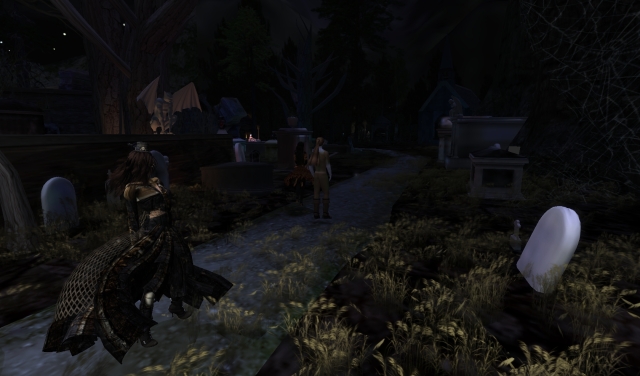 Pearl, being an adventurous girl, was eager as I to see what kind of journey Truck & Ty had created for us. It was not only a journey through a scary new portal, but rumors asserted that the castle itself was a portal to yet another world.

We began our journey, slowly, methodically, looking at all the ghostly, ghoulish landmarks and curiosities. In time, we made our way into the Castle on the hill and there were many people there already, searching for treasure and that elusive entrance to the other world. 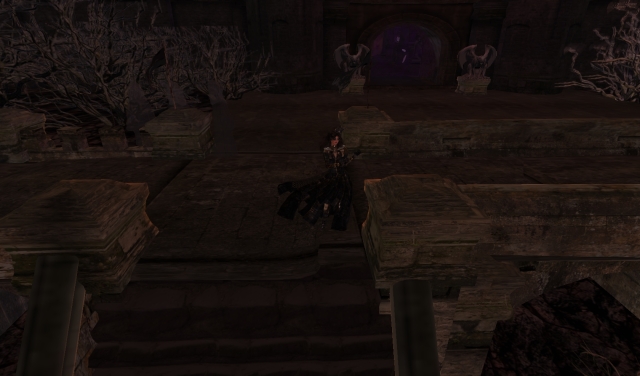 I had managed to reach the terrace around the castle
where I waited for Pearl and when we both entered,
we were given a single clue, find the golden orb and
it will take you into the land of the Lost City.

I’d heard the rumors about the journey to find the castle in the Carpathian Mountains. Leanna told me she had explored this world twice, but she didn’t give many clues. Others said, stay the course, find the secret clues. There was even a rumor about something in the attic of the castle. But nothing prepared me for what lay beyond. Needless to say, Pearl and I made our way to the secret orb and entered the portal to the land of the Lost City. 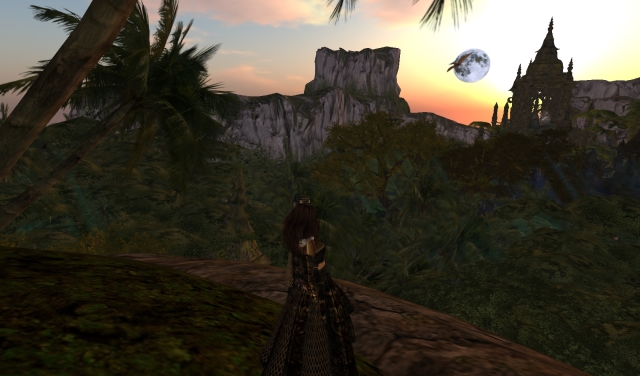 The first vision of the land of the lost world was awesome. 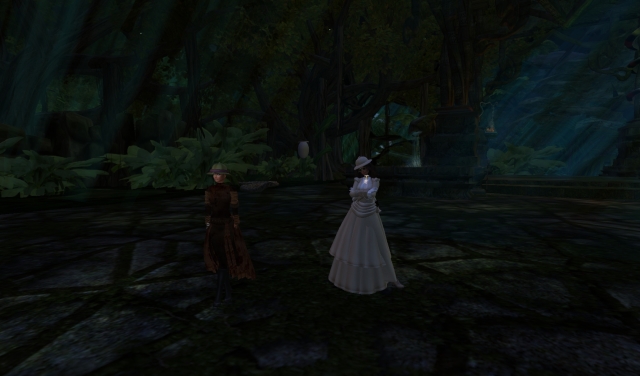 Deep in the forest, we found wonderous things, beautiful sights.

I’d like to say that our journey was uneventful but both Pearl and I found ourselves in many of the traps. I would tell you the secret of how we navigated our way to the Lost City, but then you could go there and gather the treasures for yourself. And while I did bring home the golden tiger, I’m planning to return to the Lost City again.

The land of the Lost City is the kind of place where an avatar can find excellent adventure, a virtual fantasy world!

I'm an avatar from Second Life and gamer on Xbox. I'm also the author of The Temporal Expeditions sci-fi novel series.
View all posts by Yordie →
This entry was posted in Exploring and tagged Adventure, Avatar, Halloween, Second Life, Virtual Fantasy Life. Bookmark the permalink.

6 Responses to Adventure to the Lost City