I suppose it’s disgraceful to flippantly redefine a term that has a relatively clear origin. Nonetheless, I’m going to use Harmonic Convergence to describe what happened in Second Life during the past couple of days.

A Soup of Technologies

If you look at the computers and the Internet as a giant machine, it’s amazing it works at all. And sometimes the slightest imbalance in a single component along the chain to your application can cause problems that are almost impossible to diagnose and pin down as the reason it doesn’t work.

But every once in a while someone fixes just the right problem and it all comes together. And that’s what happened. It began with the latest NVIDIA driver updates which triggered new Windows updates. There was a Norton update too. Weeks earlier, I’d found a solid resolution of broadband issues that had plagued my systems for months. And the end point in this chain was the Firestorm 4.4.0 Second Life viewer release.

Slowly I Tested, Step by Step…

On Friday, all of those technology systems aligned or converged for me. And they made my Second Life experience harmonious.

My experience was flawless. At first, I was extremely distrustful and tentative. Prior to Friday, I’d been plagued by a quirky “Black Screen” issues that began with Firestorm’s latest release. The problem manifested itself about every half hour to an hour depending on the sim type I was running on. So I expected a repeat at any moment.

I did progressive testing. I began with my Graphics Settings at “Basic” then moved up after extensive testing. It was slow, very slow because I had to keep the session running for a minimum of an hour before I could be sure it was not going to black screen. And so I advanced to “Mid” and then “High” and, finally, I upped the Graphics settings to “Ultra”! I was certain Ultra would blow the windows out (get it? Windows… heh) when that gnarly bug did it’s thing. It didn’t blow and although did take my FPS down with “Ultra” and all the Hardware options tuned up. 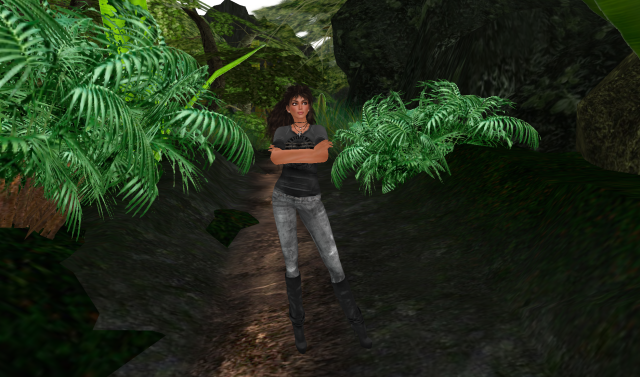 That’s me wandering around Second Life’s Amazon.
I teleported to a lot of sims to try different configurations.

Some Problems Are Real

I know there are some techies who continue to assert that the problems SL users experience are their own fault because they don’t keep their systems updated or have them configured incorrectly or have underpowered machines or they are just stupid. But the truth is, some problems are real and waiting for someone to fix some piece of code.

This is one of the few times in the past six months that Second Life has operated the way I expect it should. I’ve even noticed that sim crossings seem to be working (but I haven’t tested this).

HOWEVER, as I express my delight here I have the gnawing anxiety that this will all be short-lived. I wonder if the updates that fixed my problems might have crippled someone else along the technology chain. And then someone will make another update that will undo what has been done. 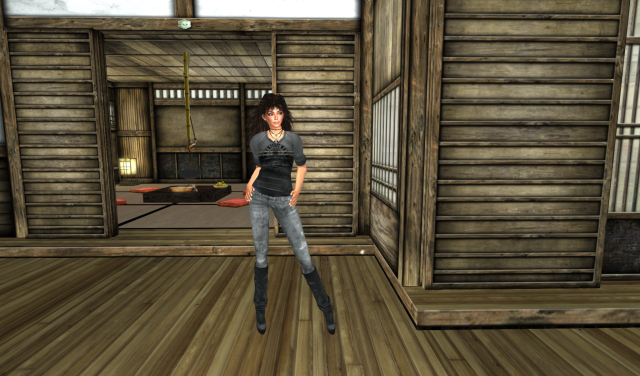 That’s me at the geisha house I’m creating.
I worked while I was testing.

One of the reasons I left Second Life was my growing frustration with a seemingly endless stream of technological issue, but some old dreams came alive again. SL will never be the same for me, but during the last couple days Second Life has been in a state of harmonic convergence and it was fun to trot around with reckless abandon.

I'm an avatar from Second Life, a gamer on Xbox, and the author of The Temporal Expeditions sci-fi novel series.
View all posts by Yordie →
This entry was posted in Issues and tagged Linden Lab, Problems & Issues, Second Life. Bookmark the permalink.

2 Responses to A Harmonic Convergence