I’ve been wondering where all the photos of my older Zen gardens are. Finally, I started scrounging around through my inventory (down to only 25,000 items, btw!). And as I poked around I found a batch of old photos mislabeled in a folder.

The photos were from my garden at Rieul and included photos from the time when Dakini Rhode and I owned much of the land that had originally been the Zen Retreat. In fact, some of these photos are mostly on Dakini’s land. I did a little photoshopping to clean these pics up, but for the most part this is how it all looked back in 2007: 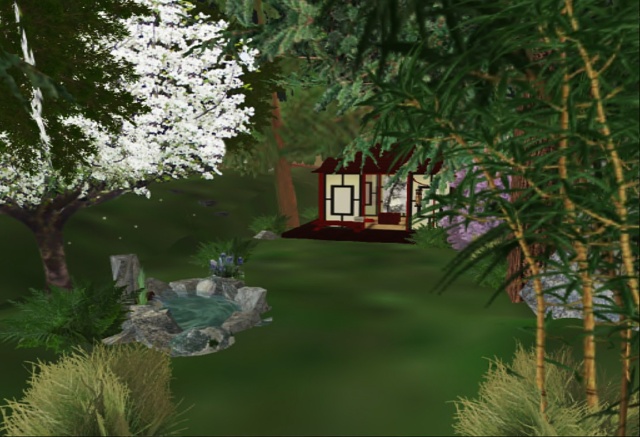 This is the original garden and teahouse.
It’s built on my first 512sqm plot, costing L$10,000 (yes!).
This plot had been part of the Zen Retreat @ Rieul. 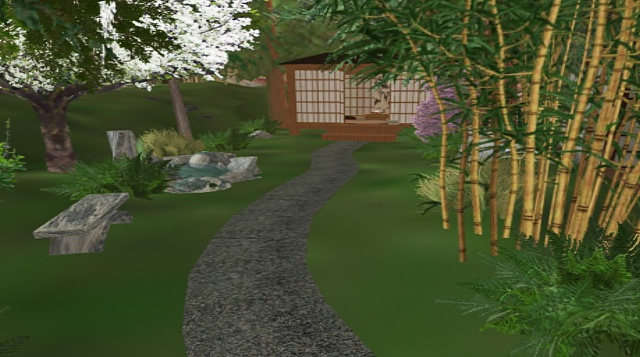 It took me awhile but I eventually discovered Effulgent Brown’s houses,
and I replaced my pathetic little teahouse with this one. 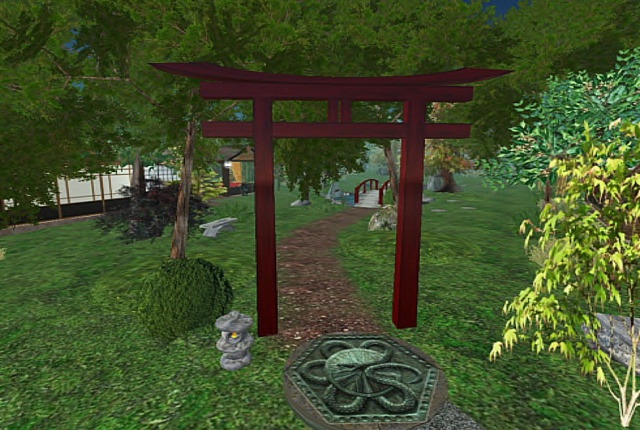 This is the first tori gate that separated my garden from Dakini’s section.
This gate was an icon of all my gardens until my ex-partner Taka built a new, modifiable one for me. 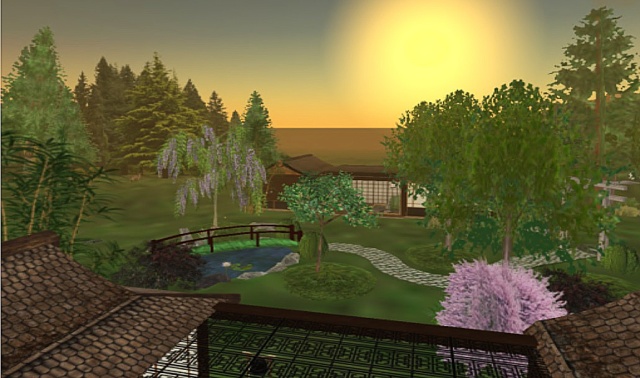 This is a view from the roof of my home with Dakini’s house on the other side.
The garden was created by Dakini and stood right in the center
of the original Zen Retreat.

I hope you’ll look beyond my as yet undeveloped photographic technique and even more undeveloped skills at creating Zen gardens. In 2007, this was quite a thrilling part of my Second Life. I marveled at that I’d been able to accomplish and was amazed at my neighbor Dakini’s skills and commitment.

Shortly after these photos I sold my plots (2 x 512sqm) and was actually paid L$10,500 each. That’s pretty astounding considering there was no waterfront and it was just mainland and not particularly attractive mainland. Still, that region was further developed by others who joined Dakini and the last I checked, the Zen Retreat is still there on Rieul.

This is where it all began for me, including my unquenchable thrust for bamboo trees, Yordie’s Zen Garden @ Rieul 2007. Since then there have been seven other Zen gardens including the new one. I’d like to think the latest is my crowning achievement and I’ll be inviting readers and friends to visit this weekend.

I'm an avatar from Second Life and Xbox gamer. I wrote the sci-fi novel The Temporal Expeditions, and am working on book 2 of trilogy.
View all posts by Yordie →
This entry was posted in Features and tagged Creating & Building, Homes & Gardens, Second Life, Zen Gardens. Bookmark the permalink.