When the “Wastelanders” DLC was released around April, I decided to start from the beginning of Fallout 76 again. From what I’d read, it was a massive upgrade to the game and I wanted to experience everything as if it were new again.

My existing character, Zahava (a character from my novel), had already made her way to Level 161 and I suspected I might return to her after getting a feel for Wastelanders. I mean, I’d already worked my way through some demanding challenges, like the Pioneer Scout line, and it was extremely time consuming, so I was pretty sure I wouldn’t want to go through  all that again. But I was wrong.

I tend to like combat armor over power armor, but power armor is a must for certain situations. Anyway, here’s a pic of me in my full Brotherhood of Steel combat armor; kinda tough, no? *smiles* 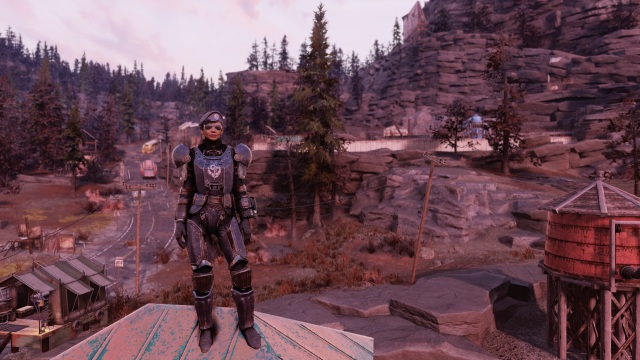 Here’s a picture of my inside Silo Alpha as I solo launched my fourth nuke into the Cranberry Bog and triggered the Scorch Beast Queen. I’m wearing my Blackbird X-01 Power Armor but hope to build an even more advanced power armor soon. 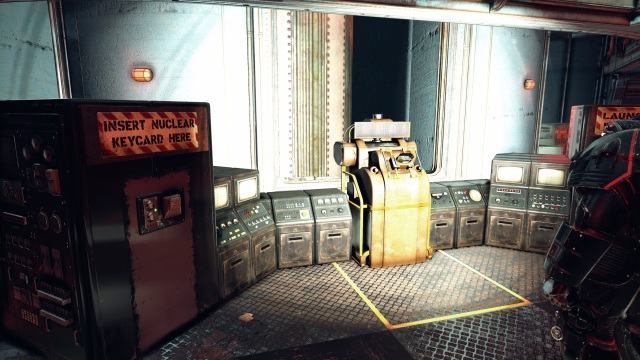 That’s me inside my beautiful X-01 Blackbird Power Armor.

BIG NEWS: On Monday, Microsoft announced that it has acquired Bethesda Softworks and I’m really excited about this development. For one thing, I think this will draw Bethesda much deeper into maintaining the Xbox version of Fallout games at a much higher level. I really prefer playing games on the Xbox console because I believe it is a somewhat safer environment than on PC. And now Bethesda will have access to higher level support from Microsoft’s Xbox team (at least I hope so). So bravo to Microsoft and Bethesda both. I think this will be a great partnership.

I’m still learning about the Update 22 and aside from the Daily Ops I’m pretty excited about the changes introduced. It is a lot harder to deal with much more powerful vermin and other monsters that roam the wasteland, but it’s a good challenge. I’ll have more to say about 22 soon, but for now I’m just all smiles about Microsoft’s commitment to Bethesda.

Here’s a couple of other photos I shot ingame. The first one is on the quest to get The Motherlode drill for cracking open vault 97. 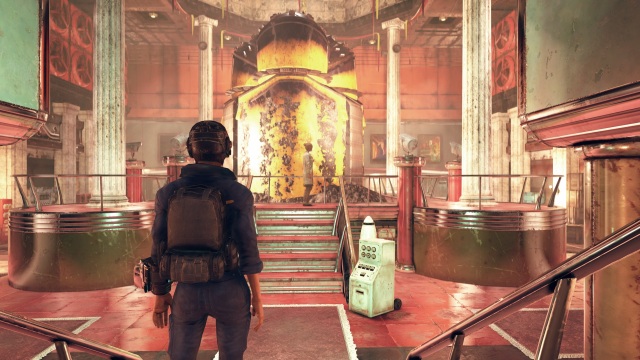 The other one is from inside Vault 97 where the Secret Service defends the nation’s gold supply. 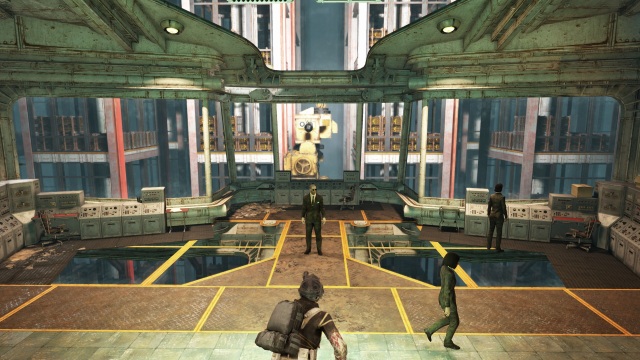 That’s me watching the Secret Service oversee the gold supply.

I'm a blogger and photographer on WordPress. I'm also author of the sci-fi novel The Temporal Expeditions, and am working on book 2 of a planned trilogy.
View all posts by Yordie →
This entry was posted in Fallout 76 and tagged Adventure, Fallout 76, Gaming, Wastelanders. Bookmark the permalink.