Last week I reached Fallout 4 Level 122 and was looking into adding one or more of the DLC-type mods. I was also getting a bit tired with the game; after all, I’d gained an additional 60 levels since resuming the game back in October. I had also began dabbling in Fallout 76 again, even bought a subscription to Fallout 1st. So, I backed up Fallout 4 to a Seagate Xbox external hard drive. Then disaster struck. 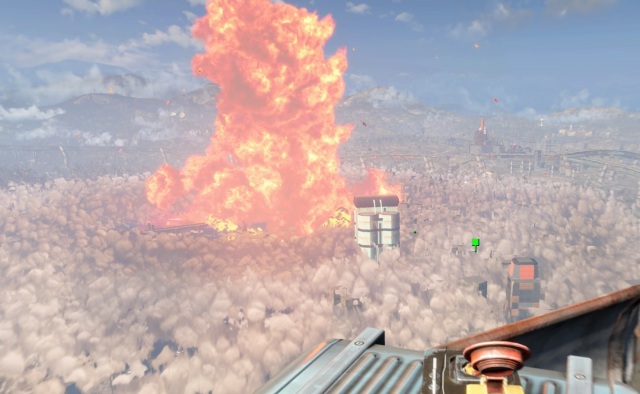 Last week, Microsoft shutdown several services while I was on Xbox. The outage lasted into the night and when I it came back I noticed that all of my mods were showing in my mod list, but weren’t active. I also noticed that all of my Creative Club purchases showed, but like the mods, they weren’t active. Something must have gone very wrong at Microsoft. One commenter on Reddit suggested that there may have been some kind of security issues related to mod files, but there’s no way to know what happened. After a lot of scrambling to restore the mods and CC content, it became clear to me that this iteration of the game was lost.

I decided to uninstall my existing version of Fallout 4 then reinstall. I don’t recall the version I had been using but it became clear to me that the newly installed version was a bit strange. For example, the Brahmin no longer showed up while I was recruiting for my new settlement. There were also graphics glitches. I’ve looked at available version information, but I don’t determine if the version I’m playing is is current or an older version.

I’ve wondered if the events I’ve described are somehow related to mitigation procedures to restore security following the massive SolarWinds hack. Another idea has occurred to me, maybe Microsoft and Bethesda had to modify some code bases for an upcoming offering.  I don’t know. I don’t even know where to begin finding answers to these questions. I’m very frustrated, but if my disaster is the result of efforts to deal with SolarWinds debacle, then I can’t blame them.

I'm an avatar from Second Life and gamer on Xbox. I'm also the author of The Temporal Expeditions sci-fi novel series.
View all posts by Yordie →
This entry was posted in Fallout 4 and tagged Bethesda Softworks, Fallout 4, FO4 Mods, Gaming, Microsoft, Problems & Issues. Bookmark the permalink.