I’m just a woman with an overactive imagination. I’m educated in the sense that “I never let schooling interfere with my education.” ~Mark Twain

For several years I spent far too much time in the virtual world called Second Life™ where my avatar starred as the heroine of a virtual fantasy life. In 2013 I stepped away from SL™ and over time I found my connection with that world beginning to dissolve. It was a difficult transition because I had met some wonderful people and had many amazing and unique experiences, but I also came to realize that I had become addicted.

My new life, away from the relative wilderness of Northern Idaho where I lived most of my second life, is focused much more on the real world these days, especially during winter months. And although you could say that my Second Life has come to an end, my virtual life continues, frequently on Xbox Live as Yordie Sands.

In 2019, I completed my debut novel, The Temporal Expeditions. It is Book I of a planned trilogy and I’m currently working on a new draft of Book II which I plan to publish in 2020. So, Yordie Sands continues to live on the Internet and in the real world as an author.

I like being Yordie Sands, although she is different from the real me in at least one very obvious way, she never ages. And I love the fact that I always look great, never has a bad hair day, and maintains her perfect shape without exercising or dieting. *smiles* 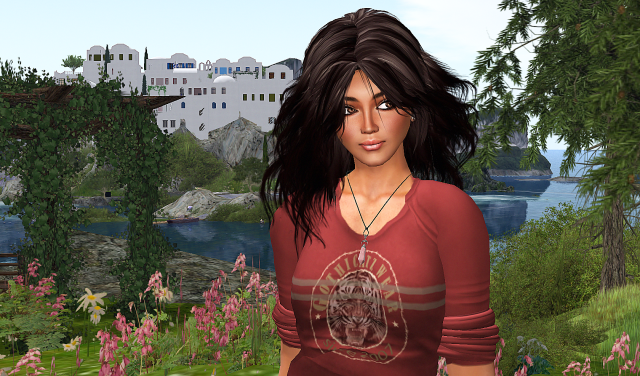 Before the end of my first year in SL, I began documenting my experiences through blogging and photography. My blogging turned into a journey of discovery about myself and my identity. Note: my original blog began in February 2008 on Google Blogger, but in 2013 I moved all my posts, photos and comments to this WordPress blog.

One last note, I tried returning to SL on a couple of different occasions with new avatars but it just wasn’t the same as being Yordie Sands. So when I pop into SL for brief visits, usually at my favorite blues club, Junkyard Blues. I’m there about once a month to catch DJ Frog or DJ Fiery or DJ Sasha. And there’s just no point in visiting unless I’m Yordie Sands. I’m not ruling out a return someday, maybe if the Lab lowers it’s prices or perhaps “Second Life 2” will capture my imagination.

Hugs and love to my virtual friends and to readers of this blog.

14 Responses to About Me